The Western Idaho State Fair 2015 festival held in Boise, Idaho expects attendance of over 250,000 for the August 16 to 25th events and concerts. 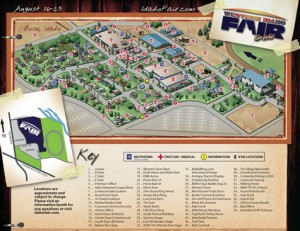 NEON (Not Even Once Night)

Western Idaho Fair festival’s history dates back to 1897 when it got started as the Intermountain Fair. Although the foundation is the same for the Fair today as what was started all those years ago, many events have changed over time. The Intermountain Fair sprung out of a need for the community to connect Boise and other larger cities that were 300 miles apart. With Boise’s strong agricultural roots, the first Western Idaho Fair festival featured three major departments: livestock (sheep, cattle, horses and hogs), products of the soil and a domestic manufacturing/home department. These bigger categories were subdivided in later years into smaller departments that can still be found today.

The Intermountain Fair highlighted Idaho’s natural resources as its prime motivation. Fair colors of purple, white and yellow symbolized fruit, silver and gold. A second economic benefit for the Fair was the increase in local businesses to Boise. People flocked to the Fair for the exhibition and social gathering, spending money in the city. The income helped supplemented the war effort of 1943 through events such as a benefit rodeo supporting Gown Field. 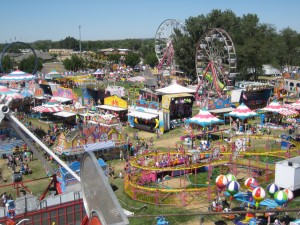 Throughout the history of Western Idaho Fair festival, the doors have remained open since 1897 to the present with some extreme cases when it closed its doors due to severe economies. With a limited supply of volunteers in 1914, the fair board had not yet been created, and there was no one to manage the event. In 1915 the state legislature stepped in to help run the Fair. In 1922 the economy strangled the life out of the event for the next four years. During the Great Depression the grounds would not open for the Fair in another three-year stretch. 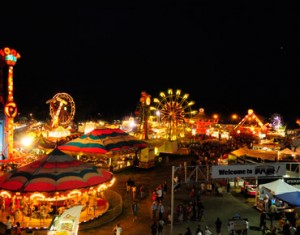 Following the economic strife, in 1936 Ada County fair appointed a regular fair board to organize what they named Western Idaho State Fair. A perilous year in 1944 put the Fair on shaky ground after it was hindered by a new bill prohibiting all fairs from opening on Sundays and holidays. As a result, the 1944 Fair opened for just four days.

Even though Western Idaho Fair has had its challenges (as most fairs realize during their tenure) one constant remains: children. Children have always been a big draw for any fair and Western Idaho Fair is no exception. Children come to see and enjoy the Fair’s many entertainment offerings, but also to enter livestock or crafts. Area youth show those who walk through the Fair gates what their hard work has done for them. With the creation of the Intermountain Fair, 900 children walked in the opening “Queen of the Fair Parade.” In 1912 4-H (not called 4-H at the time) began at the Fair and in 1917 the U.S. Department of Education recognized FFA as an educational organization. Since then FFA and 4-H have exploded in growth and have changed in demography. In 1969 about one-quarter of FFA members were girls; today girls outnumber the boys.

Currently youth from all cultures and backgrounds experience the American fair in many different ways. Western Idaho Fair festival is no different, continuing to offer a multitude of youth activities every year.