The top events in some of the biggest cities in West Virginia as well.  To see a detailed list of all the top Charleston, Huntington, Parkersburg, Morgantown, and Wheeling events – just click on the links. The best Kanawha County fairs from east to west in the great state.

Harrisville, West Virginia at 4-H Grounds
Ritchie County Fair and Exposition will be held on Aug 3-8, 2016

Nutter Fort, West Virginia at Clarksburg City Park
West Virginia Blackberry Festival will be held on August 4-6, 2016. Hours: Thursday and Friday 11am to 10pm, Saturday 8:30am to…

Shepherdstown, West Virginia at War Memorial Building
Event will be held on Aug 6-7, 2016. The SCC Handmade Market is an established unique juried show, similar to an artsy fart.

Lewisburg, West Virginia at West Virginia State Fairgrounds
Each year the Fair opens with new excitement, new shows and the same feeling of being at an old time event

Salem, West Virginia at Fort New Salem
The dulcimer weekend features hands-on music workshops during the day for all levels of players. The workshops will be primarily on…

Elkins, West Virginia at Pegasus Farm Campground
A Main Stage and 3 side stages, featuring a rotating cast of top, independent music acts from across the county and…

Beckley, West Virginia at Beckley Raleigh County Convention Ctr.
The locals watch for this show every year and visitors to Raleigh County, WV are drawn to the beautiful, hand-crafted wares

Mount Nebo, West Virginia at Lighthouse grounds
Tamarack Artisans and Crafters from throughout the state will be showcasing their skills along with live Appalchian music, great food, entertainment,…

Parkersburg, West Virginia at City Park
From great food and entertainment, to numerous crafters as well as continued education about honey and the honey bee, the West…

Find things to do, festivals and more. 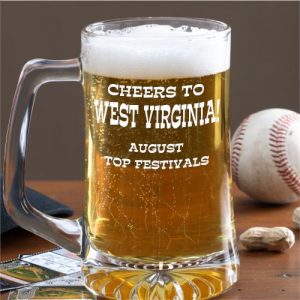 Here is our complete directory of the top things to do in West Virginia this August including all the great WV fairs, dance festivals, and the Italian festival.

Looking for lodging in West Virginia for these events?

Here are the top August festivals and events to check out this month.  The best art festivals, music fests, food festivals, Kanawha County county fairs, and much more. The best Summer things to do this Parkersburg is it, visit the link below.

Some of the top city pages for West Virginia
Morgantown
Wheeling